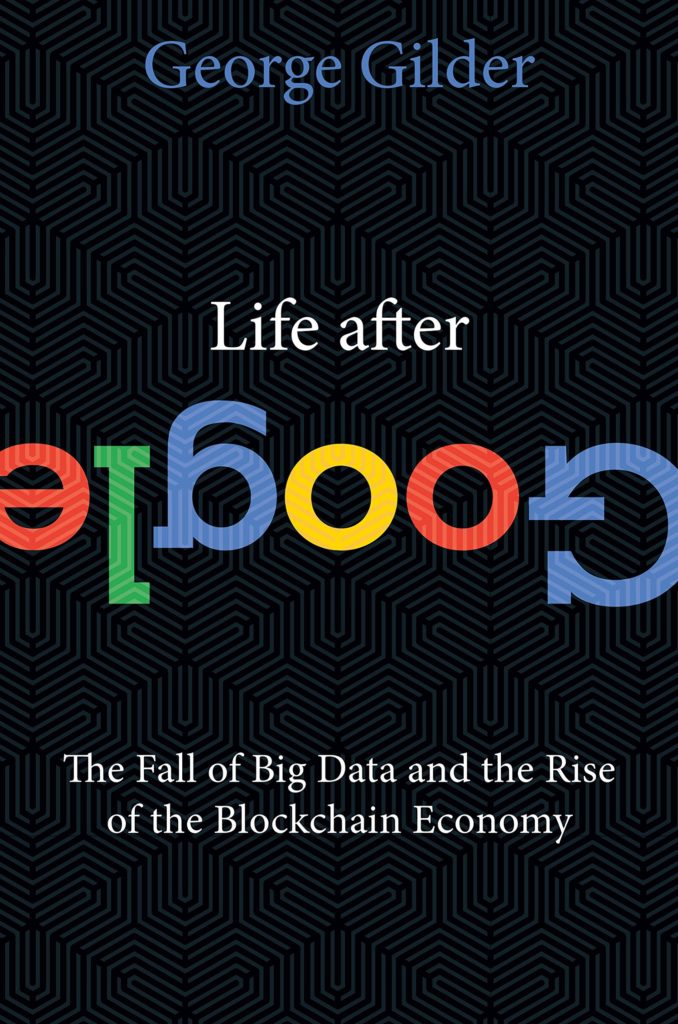 George Gilder writes, “All wealth is the product of knowledge.” (p. 13) Gilder believes that GOOGLE will suffer the fate of most businesses as new knowledge emerges despite GOOGLE’s hiring of PhD.s and really, really smart people. Life After GOOGLE: The Fall of Big Data and the Rise of the Blockchain Economy provides both a cogent analysis of GOOGLE today and a fair guess about GOOGLE’s future.

In contrast to Gilder’s arguments, Andy Kessler writes “Can Bitcoin Save Us From GOOGLE” (you can find Kessler’s article here). Kessler points out the weaknesses of APPLE, AMAZON, FACEBOOK, and GOOGLE. APPLE lives in fear that one of the other low-cost smart phone producers will eat into its market share. AMAZON dominates retail, but will its forays into selling food (WHOLE FOODS) and drugs drag down profits. FACEBOOK struggles with privacy issues and subversion. Kessler says of these tech giants only GOOGLE dominates its space and has the resources to defend it. What do you think of GOOGLE? GRADE: A
TABLE OF CONTENTS:
Prologue: Back to the Future–The Ride xi
Chapter 1: Don’t Steal This Book 1
Chapter 2: Google’s System of the World 11
Chapter 3: Google’s Roots and Religions 25
Chapter 4: End of the Free World 37
Chapter 5: Ten Laws of the Cryptocosm 45
Chapter 6: Google’s Datacenter Coup 51
Chapter 7: Dally’s Parallel Paradigm 63
Chapter 8: Markov and Midas 75
Chapter 9: Life 3.0 93
Chapter 10: 1517 109
Chapter 11: The Heist 119
Chapter 12: Finding Satoshi 129
Chapter 13: Battle of the Blockchains 143
Chapter 14: Blockstack 159
Chapter 15: Taking Back the Net 171
Chapter 16: Brave Return of Brendan Eich 179
Chapter 17: Yuanfen 189
Chapter 18: The Rise of Sky Computing 199
Chapter 19: A Global Insurrection 213
Chapter 20: Neutering the Network 227
Chapter 21: The Empire Strikes Back 241
Chapter 22: The Bitcoin Flaw 247
Chapter 23: The Great Unbundling 257
Epilogue: The New System of the World 269
SOME TERMS OF ART AND INFORMATION FOR LIFE AFTER GOOGLE 277
BIBLIOGRAPHY 285
NOTES 293
INDEX 313

17 thoughts on “LIFE AFTER GOOGLE By George Gilder”