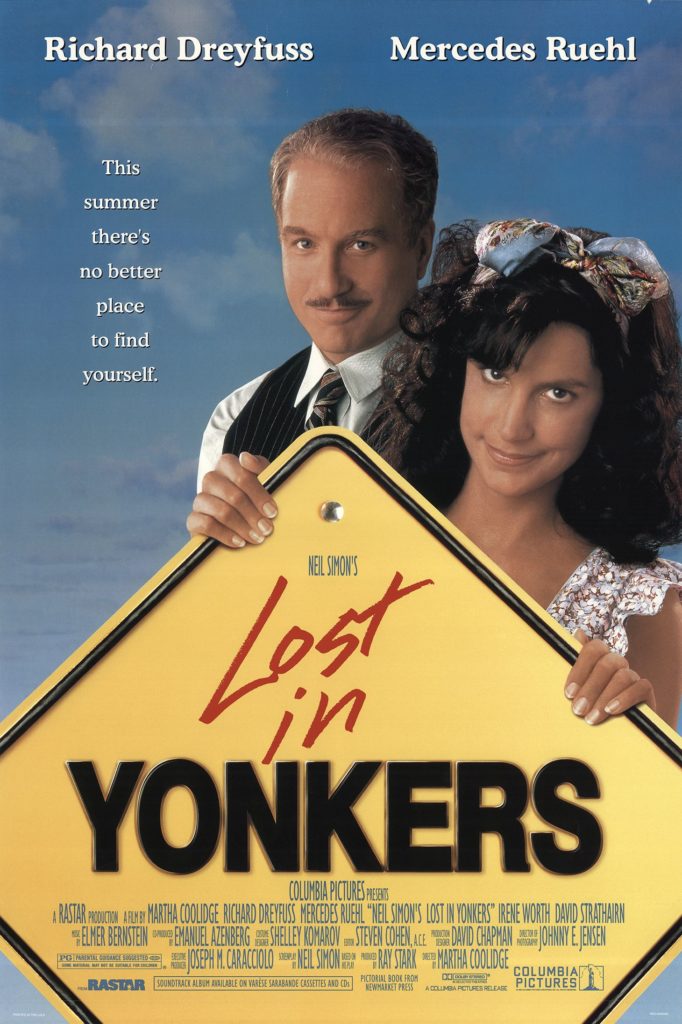 Diane and I joined three other couples at Desiderio’s Dinner Theatre for an evening of fun and drama. Yes, Neil Simon wrote many funny plays, but Lost In Yonkers–which won Simon his only Pulitzer Prize–blends comedy with some tragedy. Local actors (not Richard Dreyfuss nor Mercedes Ruerhl) star in this production. The two young boys, Ayden Herreid (15 years old) and Timothy Whipple (13 years old), are brothers who must deal with the 1942 World War II circumstances their father (Kevin Nagel) finds himself in: he owes money to a loan shark.

The brothers are forced to stay with their crusty grandmother (played by Ellen Holst) and follow her strict rules. Their mentally challenged Aunt Bella (Diane DeBernardo) both comforts the boys and drives them crazy. Uncle Louie (Eliot Fox), their father’s brother who is a small-time crook, shows up to liven the action.

16 thoughts on “LOST IN YONKERS: A PLAY BY NEIL SIMON”