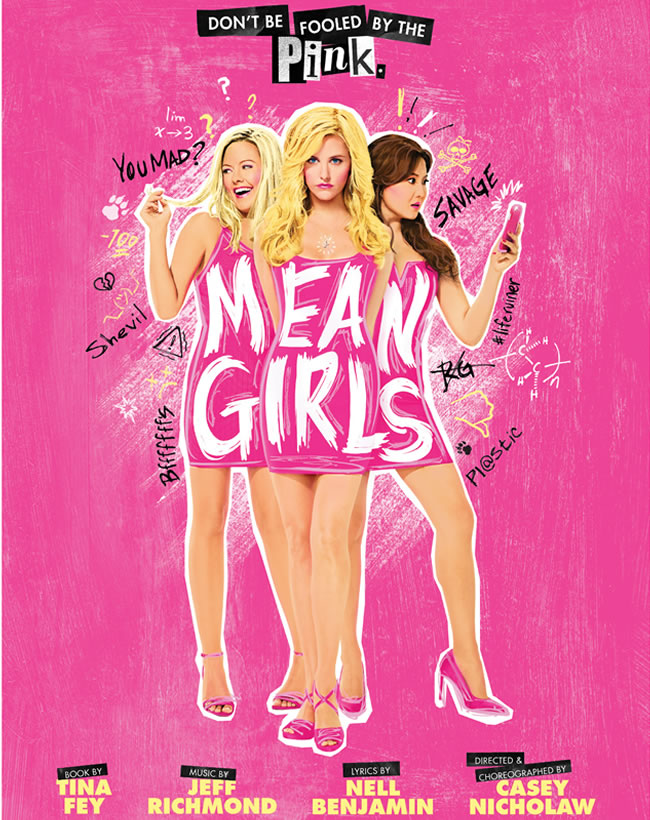 Tina Fey has been seen visiting some local Buffalo diners and chicken wing salons. Fey’s touring company launches its performances of Mean Girls: The Musical this week at Shea’s Performing Arts Center. Diane and I attended a sold-out matinee with an audience of mostly teen-age girls and their mothers. Mean Girls: The Musical, based on the 15-year-old movie written by Tina Fey (based non-fiction book Queen Bees and Wannabes by Rosalind Wiseman) featuring high school cliques and bad behavior. The movie made Lindsay Lohan a star.

This musical was loud and energetic. There’s plenty of dancing and gymnastics to Jeff Richmond’s music with lyrics by Nell Benjamin, The plot pretty much follows the movie. Danielle Wade, who plays “Good Girl Gone Bad” Cady Heron, delivers a sparkling performance. Super-popular Regina George and her posse (The Plastics) exert their peer pressure on Cady to change her from a transparent and honest teenager into a fashionable dream girl.

I’m not sure Diane and I are the target audience for Mean Girls: The Musical. Maybe you are. Did you like the movie version of Mean Girls? GRADE: B-

9 thoughts on “MEAN GIRLS: THE MUSICAL”