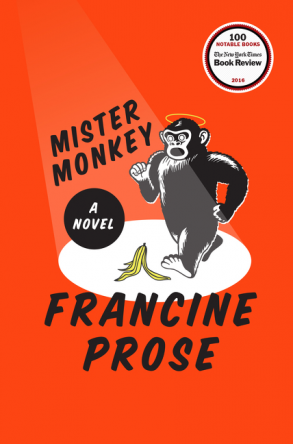 Francine Prose’s latest novel is a screwball comedy involving a musical play based on a best selling children’s book titled Mister Monkey. The play is terrible but kids love it. It’s the story of a larcenous pet chimpanzee and his antics in New York City. The play generates a lot of jobs and money. Prose shows how many of the principle characters involved in the play react to its continuing success. Ray, the author of the best selling children’s book, realizes the musical is bad but the allure of the money overwhelms him. Lakshmi, the musical’s costume designer, imagines herself as the star of the production. Margot, who plays the chimpanzee’s lawyer in the musical, struggles with her success in a dreadful production and begins to see her acting career goals slipping away. Wacky, surprising, and funny, Mister Monkey tells a tale of success and its costs. GRADE: B