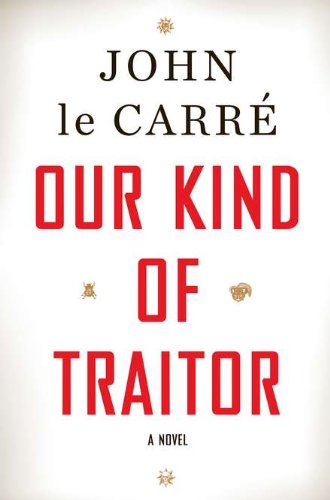 Critics wondered what spy novelists like John le Carre would do once the Cold War ended. They underestimated the amount of Evil in the world, and the need for espionage and covert action. In The Night Manager le Carre painted a vivid picture of international gun-running. You can read my reviews of The Night Manager book here, and the TV mini-series here.

Our Kind of Traitor (2010), like The Night Manager, features an innocent–teacher Perry Makepiece–who finds himself involved with a Russian mobster, Dima, on the island of Antigua. Little by little, Perry is drawn into a world-wide money-laundering operation. The Russian mafia, the British Secret Service, and Dima play an intricate game with billions of dollars. Next week, the movie version of Our Kind of Traitor opens in the U.S. I’ll be reviewing the movie version, too. GRADE: C+

12 thoughts on “OUR KIND OF TRAITOR By John le Carre”