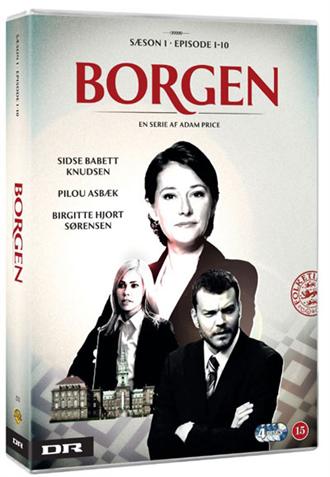 Todd Mason has extolled the excellence of BORGEN for some time. I finally bought the Season One 4-DVD box set of BORGEN and watched the 10 episodes. Todd was right! This political drama involves the first woman Prime Minister of Denmark. Each episode presents a new challenge: political treachery, secret CIA landings, political back-biting, and shifting coalitions. If you’re a fan of House of Cards (either the British or the Netflix versions) you’ll love BRORGEN. Most of the dialogue is in Danish with English subtitles, but occasionally the characters will speak English. The cast is top-notch, especially Sidse Babett Knudsen as Birgitte Nyborg Christensen (the Prime Minister). As soon as they become available, I’ll buy the other seasons of BORGEN, By the way, Borgen (“the Castle”) is the nickname of Christiansborg Palace, which houses all three of Denmark’s branches of government: the Parliament, the Prime Minister’s Office and the Supreme Court. Check out the trailer below. GRADE: A

17 thoughts on “BORGEN, SEASON ONE”