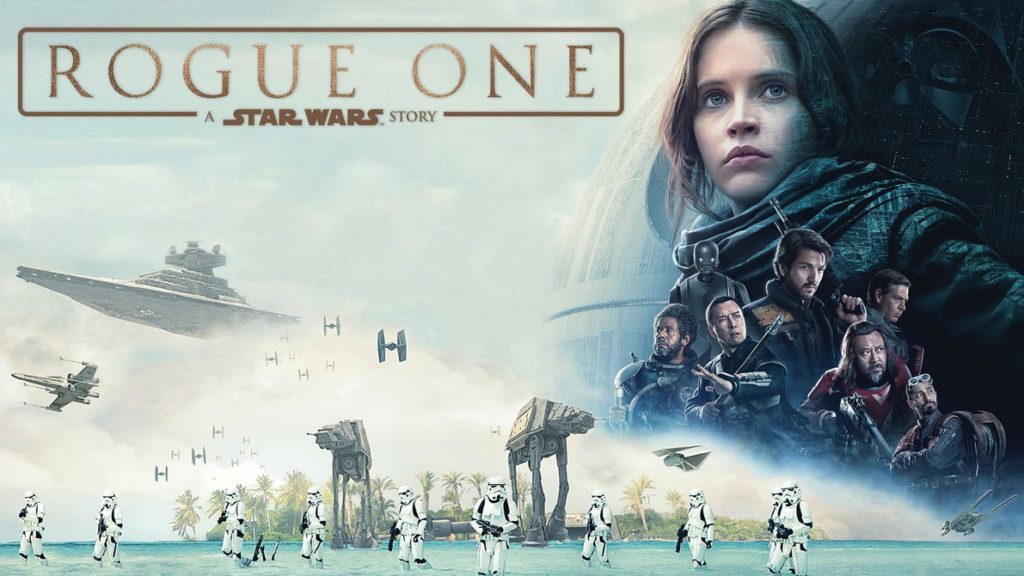 I enjoyed Rogue One when it was in the theaters. You can read my review here. Now, this Blu-ray disc is in stores and selling fast. When Disney purchased the Star Wars franchise, they developed a strategy of “one-off” movies like Rogue One and the upcoming Han Solo movie to keep fans satisfied while the main Star Wars movies are being filmed. Special features on this Blu-ray edition include: “The Princess and the Governor,” “Rogue Connections” (Easter Eggs), “A Rogue Idea,” and “Visions of Hope: The Look of Rogue One“. The TARGET edition of Rogue One includes exclusive content: “Inside the Creature Shop” with Neal Scanlan.” GRADE: B+