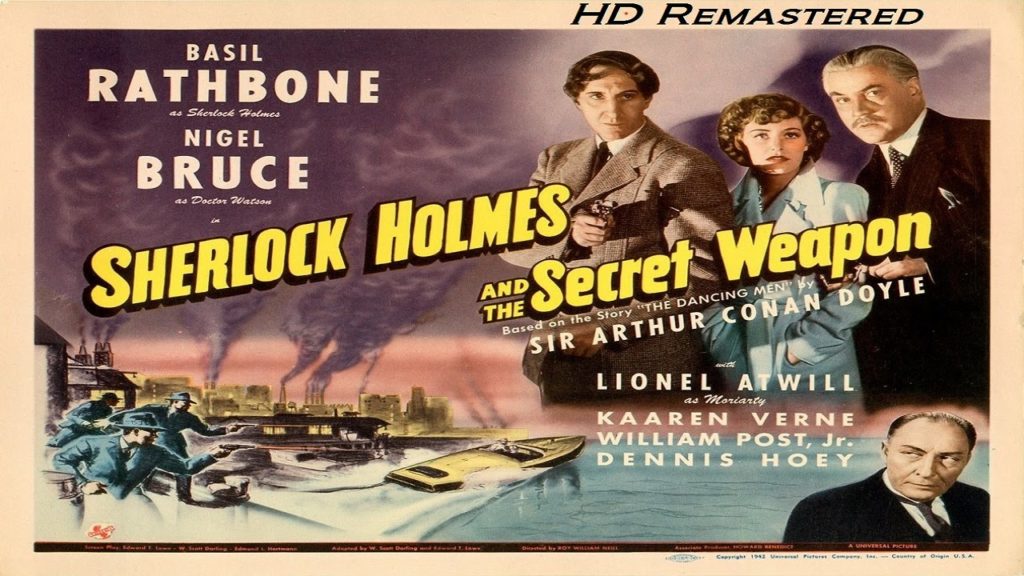 Less a mystery than a spy film with the background oF World War II, the move centers around the kidnapping of a Swiss scientist by Professor Moriarty. Moriarty plans to steal the new super bomb sight and sell it to the Nazis. Holmes and Watson have to crack a secret code in order to stop Moriarty and prevent the bomb sight from falling into the hands of the Nazis. Sure, Sherlock Holmes and the Secret Weapon is a step above wartime propaganda, but I’m a fan of these Basil Rathbone/Nigel Bruce movies. Do you like these Rathbone/Bruce movies, too? Do you have a favorite Sherlock Holmes and Watson movie? GRADE: B

14 thoughts on “SHERLOCK HOLMES AND THE SECRET WEAPON”