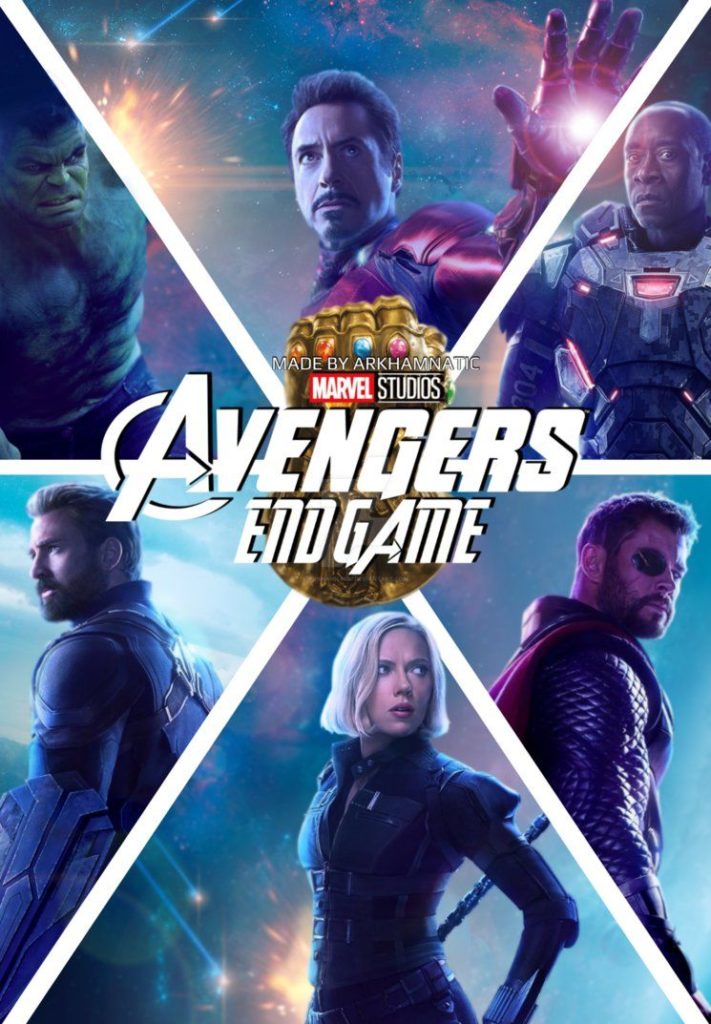 The Avengers: Endgame begins after half the population of the Earth (and by extension…the Universe) has been turned to dust (in THE AVENGERS: INFINITY WAR). The surviving Avengers deal with their grief and loss in different ways. But due to a coincidence, Ant-Man (who has been stuck in the Quantum Realm) shows up at Avengers Headquarters with a possible solution to Thanos’s destruction.

A three-hour movie with over a dozen characters produces a lot of ups and downs. I loved every scene Robert Downey, Jr. was in. Scarlett Johansson wasn’t given enough to do. Paul Rudd, Mark Ruffalo, and Chris Hemsworth provide much needed comic relief. I though Karen Gillan as Nebula was fabulous. Of course, Brie Larson as Captain Marvel is a game-changer. The epic battle at the end of the movie presents both action and pathos. I found The Avengers: Endgame moving and compelling. What will the MARVEL people do next? GRADE: A

4 thoughts on “THE AVENGERS: ENDGAME”