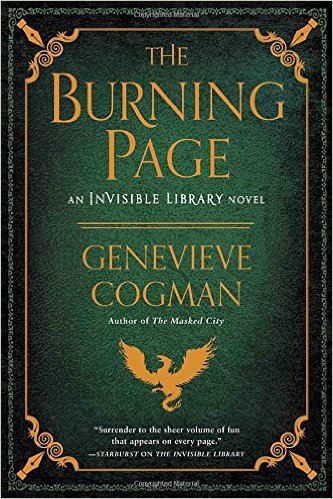 The Burning Page is the third book in The Invisible Library series. Genevieve Cogman creates a Universe where worlds can be accessed by “doors” controlled by the Library. But the worlds tend to be influenced by the Fae (Chaos and Magic) or the Dragons (Order and Reason). The Library is supposed to be neutral but shifting alliances are always possible. The main character in The Invisible Library series is Irene Winter. Irene is a young, feisty Librarian who frequently gets into trouble on her missions to retrieve rare books from various worlds. Irene is mentoring a Dragon named Kai which causes all kinds of complications. In this instance, the Library is under attack by a renegade Librarian named Alberich who has gathered Fae supporters to assist in his attack. Only a mis-timed romantic scene between Irene and Vale (a Sherlock Holmes character) mars the action. If you’re looking for a light diversion, read The Burning Page. My reviews of The Invisible Library and The Masked City can be found here and here. GRADE: B

13 thoughts on “THE BURNING PAGE By Genevieve Cogman”