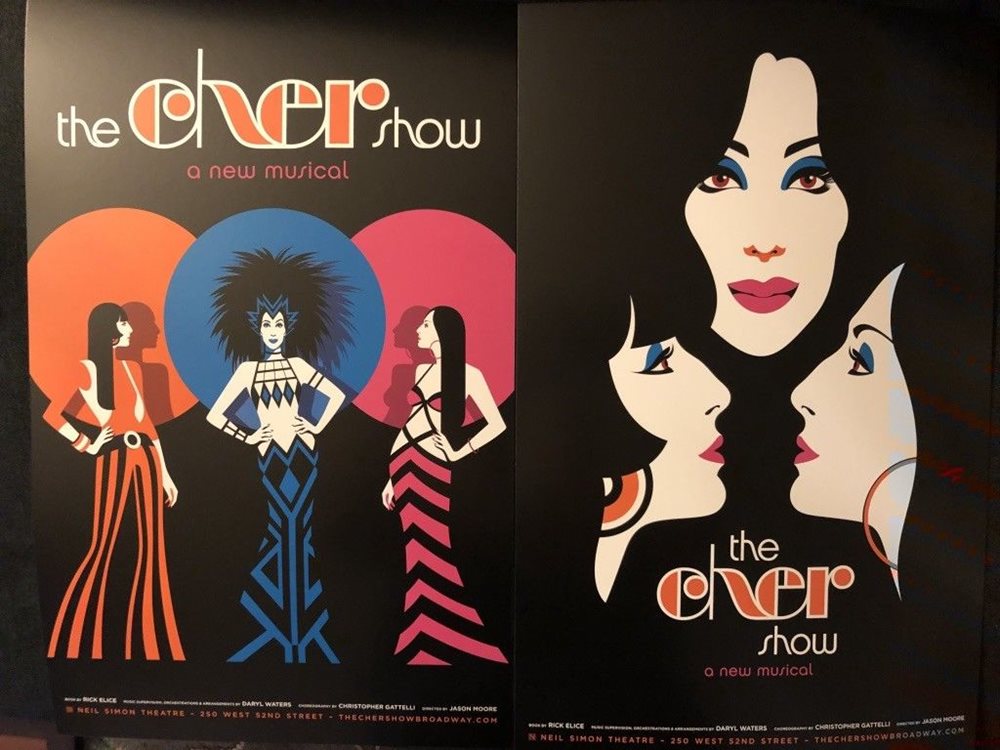 It takes three “Chers” to tell the story of the real Cher. There’s a teenage Cher, a 20/30 year old Cher, and a “star” Cher. In chronological fashion, The Cher Show presents the story of how Cher met up with Sonny Bono and became a success, selling 50 million records. But, Sonny and Cher blew through all that money. When musical trends changed, Sonny and Cher were dropped by their record company and were broke. Sonny manages to sell the idea of The Sonny and Cher Show to CBS. The show ran from 1971 to 1974. Cher divorced Sonny and that pretty much cancelled the show. But, amazingly, Sonny and Cher reunited on TV in 1976 for a second iteration of The Sonny and Cher Show. But variety shows were going the way of the dinosaurs and the show was cancelled in 1977 because of low ratings. Cher then secures a recording contract and produces a series of hits during the 1980s and 1990s. Currently, Cher is touring the country with her Here We Go Again tour.

If you’re a Cher fan, you’ll enjoy this biographical musical. If you’re into female empowerment, The Cher Show is a perfect example of how determination and grit can produce success despite many setbacks. Do you have a favorite Cher song? GRADE: A
SONG LIST:
1. If I Could Turn Back Time
2. Half-Breed
3. The Shoop Shoop Song
4. I Got You Babe
5. When the Money’s Gone – All Or Nothing
6. Ain’t Nobody’s Business If I Do
7. Living in a House Divided
8. Bang Bang
9. Believe
10. Song For the Lonely
11. All I Ever Need is You
12. Heart of Stone
13. Gypsies, Tramps and Thieves
14. Midnight Rider – Ramblin’ Man
15. Just Like Jesse James
16. Dark Lady
17. Strong Enough
18. The Way Of Love
19. The Beat Goes On
20. I Found Someone
21. You Haven’t Seen The Last of Me
22. Finale

18 thoughts on “THE CHER SHOW: THE MUSICAL”