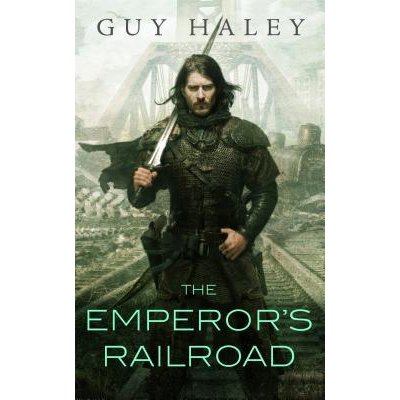 Dystopian future, dragons, knights, zombies. These are just some of the elements of Guy Haley’s short novel, The Emperor’s Railroad: A Tale of the Dreaming Cities. TOR Books publishes a series of novels that average around 175 pages. Guy Haley’s first book in this series features a “knight” named Quinn who rescues a young woman and her 12-year-old son when their wagon breaks down. Quinn also saves them from a zombie attack. Haley provides a grim picture of a ruined world where 21st Century technology is gone. I liked the fact that Quinn carries two swords…and a pistol on his hip. If you’re looking for an adventure novel and a quick read, you’ll enjoy The Emperor’s Railroad. The second book in the series, The Ghoul King, just came out so I’ll be reading that book soon, too. GRADE: B

8 thoughts on “THE EMPEROR’S RAILROAD By Guy Haley”