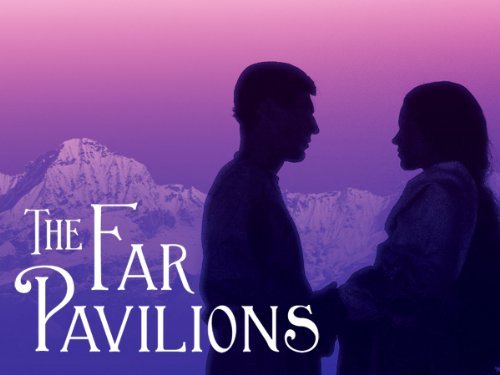 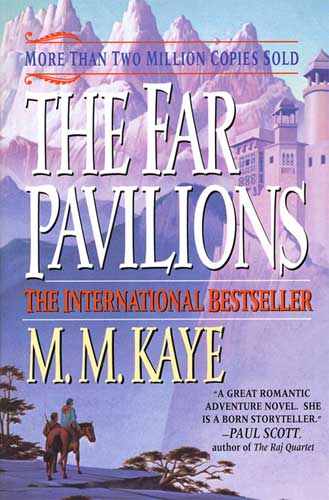 Trishankupune recommended The Far Pavilions to me. I enjoy historical fiction and I haven’t read many books about India so The Far Pavilions sounded intriguing. Plus, I had a paperback copy of The Far Pavilions on my shelf for years. M. M. Kaye sets her novel in British Raj in India. She shows the sweep of cultures, religions, beliefs–and the conflicts that result. Kaye lived in India and knows what she’s writing about.

The British military is under stress. Change is in the air. Kaye also presents situations where chaste and religious beliefs separate people who the reader will want to get together. She tells her story through a character who was raised in the Indian culture for his first 11 years. Then, he’s sent back to England for schooling, and returns to serve on the frontier. When he accompanies a wedding party, he discovers his first love. Then things really get complicated!

After I read the novel, I watched The Far Pavilions DVD series (also on my shelf for years). The five-hour series was first broadcast in the States on HBO with Ben Cross, Amy Irving, Christopher Lee, Omar Sharif, and John Gielgud. The mini-series tries to capture the scope of the massive novel, but many of the novel’s subplots never make it on film. The film is a blend adventure, action, and romance. As it tells its story, the film offers a window into aspects of colonial India that I knew nothing about. If you’re a history buff, or want to learn more about India, I highly recommend The Far Pavilions, both the novel and the mini-series. Thanks for the recommendation, Trishankupune! GRADE: A

17 thoughts on “THE FAR PAVILIONS”