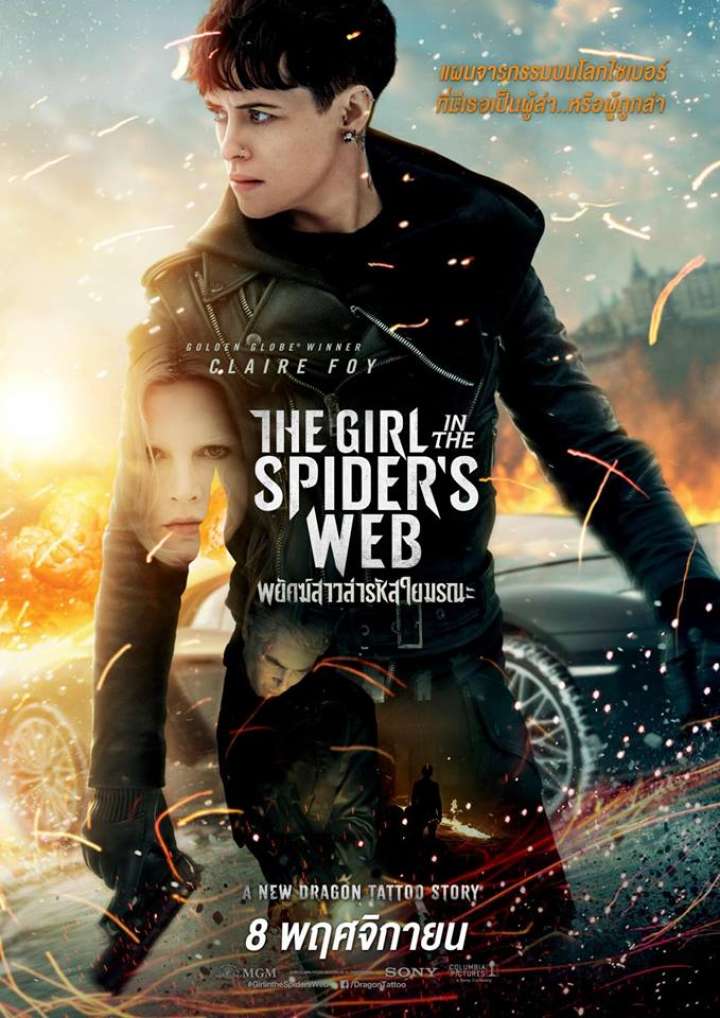 Claire Foy is brilliant as vengeful hacker, Lisbeth Salander. She’s the reason to watch The Girl in the Spider’s Web: A New Dragon Tattoo Story despite its predictable plot. Claire Foy’s Lisbeth Salander is 180 degrees from her role as The Queen on Netflix’s The Crown. I really liked Rooney Mara in David Fincher’s The Girl With the Dragon Tattoo (and wish Mara and Fincher had filmed the other two books in the Millennium series). Noomi Rapace’s Lisbeth Salander presents a strong, intense justice seeker in her trilogy of Swedish films. Claire Foy’s Salander, more caring and vulnerable (she takes a lot of punishment in this movie!), still projects her character’s relentless strength and cunning.

Part of the problems with The Girl in the Spider’s Web result from director and co-writer Fede Alvarez decisions. Alavarez is best known for his suspense film, Don’t Breathe, where a blind man stalks a trio of teenagers who broke into his house. In The Girl in the Spider’s Web, Lisbeth Salander finds herself being stalked by a mysterious gang who wants a computer program that cracks nuclear weapons’s security. This movie has a little bit of a Mission Impossible feel to it with the fight scenes and elaborate stunts. I wish Claire Foy’s Salander spent more time beating up Bad Guys. You can read my review of the book version of The Girl in the Spider’s Web here. GRADE: B+

14 thoughts on “THE GIRL IN THE SPIDER’S WEB”