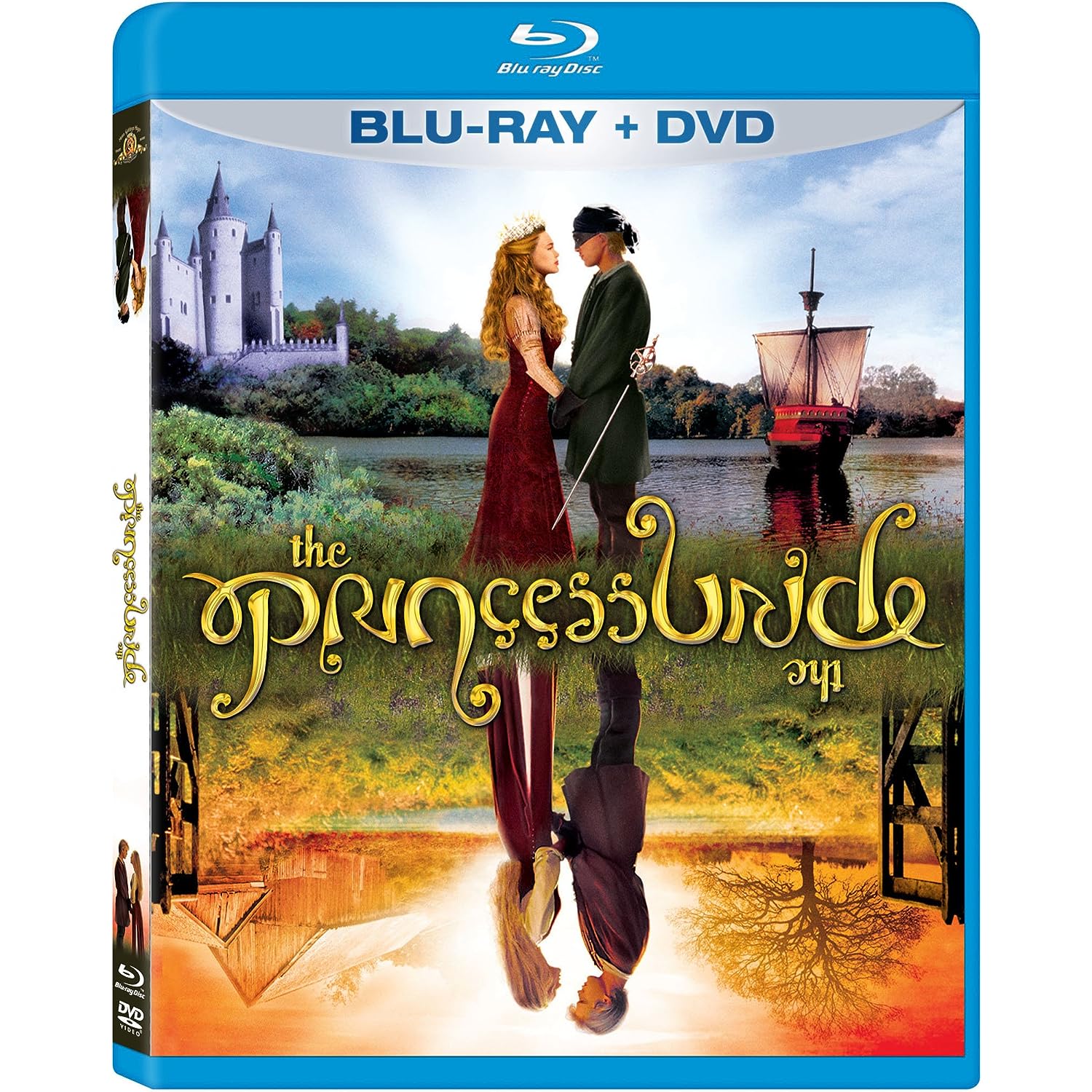 William Goldman’s novel The Princess Bride delighted me when I read it decades ago. It was a sly framed story of swashbuckling adventures that made fun of storytelling conventions. Then, years later the movie version of The Princess Bride arrived and it was as good as the incredible book. Director Rob Reiner translated Goldman’s screenplay into something magical. Grandpa (Peter Falk) reads The Princess Bride to his jaded grandson (Fred Savage). Slowly, the young boy is drawn into the story of a stable boy, Westley (Cary Elwes), who pledges his love to the beautiful Buttercup (Robin Wright). But then Wesley is abducted and allegedly killed by pirates while Buttercup is betrothed to the evil Prince Humperdinck. And then Buttercup is kidnapped by a giant, a criminal genius, and a master Spanish swordsman. A masked pirate follows in pursuit. The plot sparkles with surprises and reversals. In my quest to upgrade my movie collection to Blu-rays, this movie went near the top of the list. If you haven’t seen The Princess Bride, I envy you what you will see when you finally view it. For those of you who have seen The Princess Bride on ordinary DVD, you’ll want to view it again in Blu-ray format. It’s dazzling! GRADE: A

18 thoughts on “THE PRINCESS BRIDE [Blu-ray]”