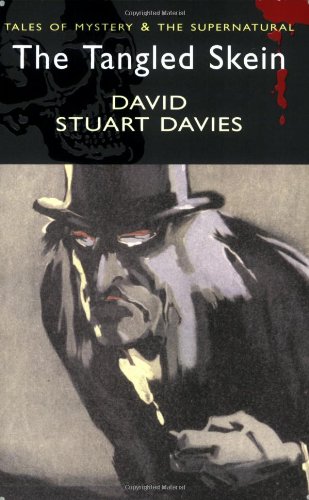 David Stuart Davies has written a handful of Sherlock Holmes pastiches–Sherlock Holmes and the Hentzau Affair (1991), The Scroll of the Dead (1998), Shadow of the Rat (1999), The Veiled Detective (2004), The Games Afoot (2008), The Devil’s Promise (2014), and The Ripper Legacy (2016)–but I think Davies’s The Tangled Skein (1995) is his most successful book. The Tangled Skein purports to be a “lost” adventure that comes to light. An old adversary attempts to assassinate Sherlock Holmes which leads Holmes and Watson into a tangled plot with supernatural elements. Davies manages to simulate Watson’s style (not easy to accomplish) and produces a tale where Watson plays a critical role. GRADE: A-

6 thoughts on “THE TANGLED SKEIN By David Stuart Davies”