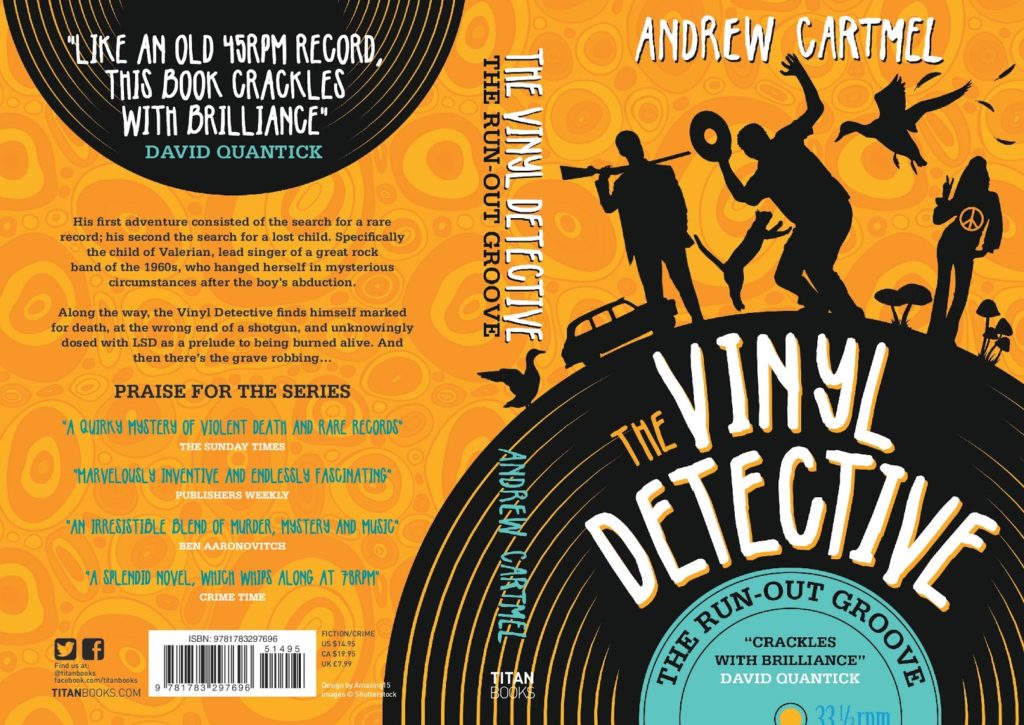 I enjoyed Andrew Cartmel’s first mystery featuring The Vinyl Detective. You can read my review here. This new second adventure, The Vinyl Detective: The Run-Out Groove, has our hero and his girl friend, Nevada, hired to find a rare 45 record (which may have a secret message hidden on it) of “Britain’s answer to Janis Joplin.” Valerian, a troubled girl, was the lead singer in a 1960s rock band. Valerian died–the coroner ruled suicide–and the band broke up. Now, decades later, Valerian’s brother hires The Vinyl Detective and Nevada to find the child Valerian gave birth to before her death. Like the first book in the series, the “thrill of the hunt” for rare records and untangling the stories behind the music generate the excitement. Of course, the Dark Forces try to kill The Vinyl Detective and Nevada, but they interpret this as: “We’re getting close to the answers.” The Vinyl Detective: The Run Out Groove is the perfect Beach Book. Light and frothy, it will amuse you as you work on your tan. GRADE: B+

12 thoughts on “THE VINYL DETECTIVE: THE RUN-OUT GROOVE By Andrew Cartmel”