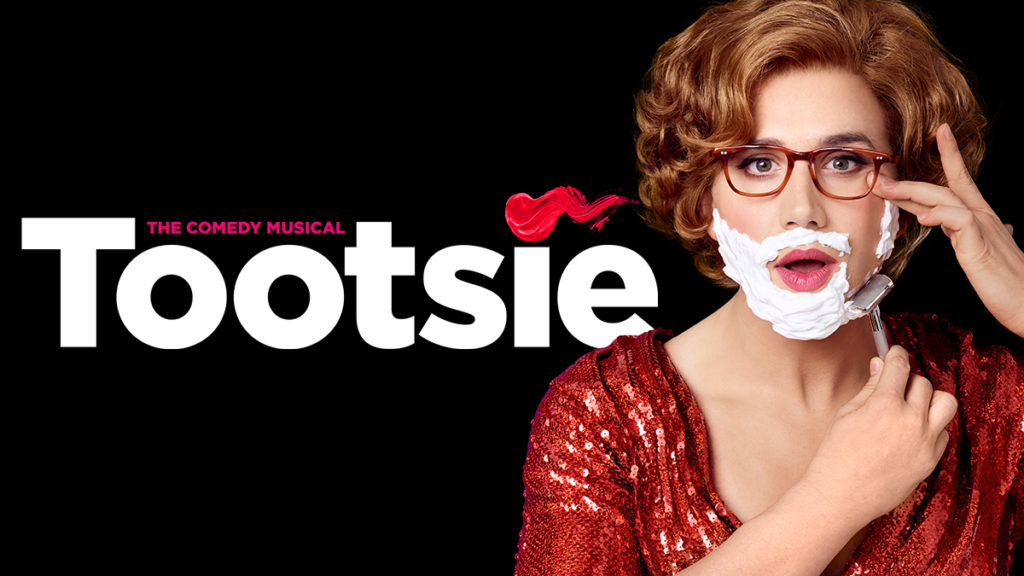 Santino Fontana plays the irascible struggling actor, Michael Dorsey. Dorsey can’t resist telling directors and script writers how to do their jobs. This arrogant behavior causes Dorsey’s acting career to self-destruct. In desperation, Dorsey transforms himself into “Dorothy Michaels” and gets a role in a Broadway play, Juliet’s Nurse. Dorothy becomes the friend and confidant of Julie Nichols, the actress currently starring as Juliet in Juliet’s Nurse. But even as Dorothy, Michael Dorsey’s volatility and meddling tendencies cause problems in his love life and his role in Juliet’s Nurse.

This reboot of the 1982 comic movie adds some clever music and silly situations. I saw Tootsie: The Musical at the Marquis Theatre at the Mariott Marquis Hotel where I was staying. The musical was sold out and the audience loved all the wacky scenes on the stage. I’m sure there will be a touring company performing Tootsie: The Musical in a year or so.

18 thoughts on “TOOTSIE: THE MUSICAL”