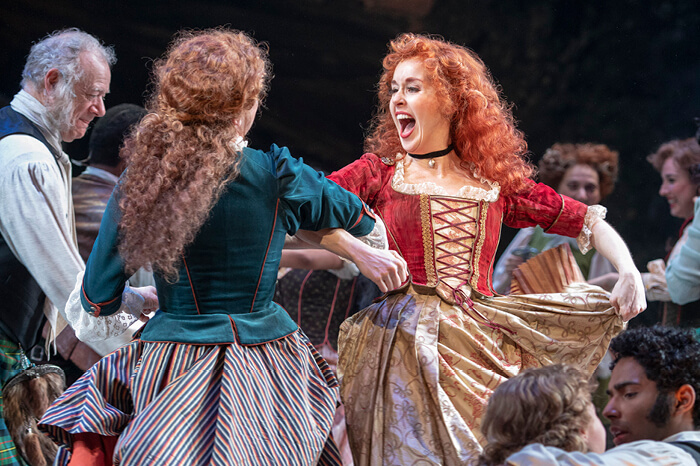 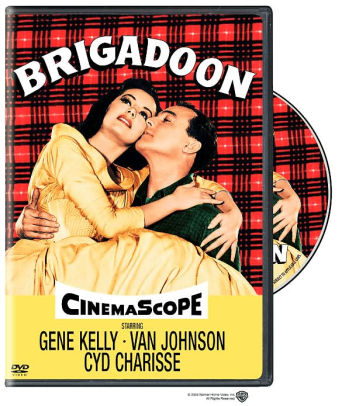 I dimly remember seeing the movie version of Brigadoon (1954) as a kid. So when The Shaw Festival in Niagara-on-the-Lake, Canada announced a musical version, I was intrigued. The story of two young American men getting lost in the Highlands of Scotland and stumbling upon the mystical town of Brigadoon retains the charm of the original. Tommy Albright is scheduled to be married after this bachelor trip and his best man, Jeff Douglas, intends to get Tommy back to New York City on time. But the magic of Brigadoon affects both men. Tommy falls in love with Fiona and Jeff has a fling with a hot redhead called Meg. But Brigadoon has its secrets and darkness.

Diane and I enjoyed all the singing and dancing in Brigadoon. Yes, the plot creaks like a production from 1947 (Brigadoon ran for 581 performances at the Ziegfeld Theatre with Broadway revivals in 1950, 1957, 1963, and 1980). But the fun and flair of the characters mixed with Alan Jay Lerner’s lyrics and Frederick Loewe’s melodies create a vibrant experience. GRADE: A

12 thoughts on “BRIGADOON: THE MUSICAL”