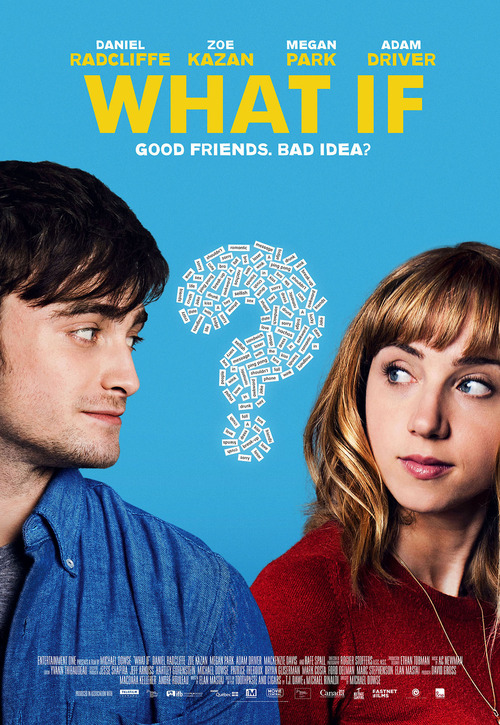 Harry Potter–er–Daniel Radcliffe plays a med-school drop-out named Wallace. Wallace goes to a party at his former roommate’s apartment and meets Chantry (Zoe Kazan). Sparks immediately fly. But, Chantry lives with her boyfriend, Ben. So Wallace and Chantry agree to “just be friends.” Can men and women “just be friends” was a question at the heart of the classic romantic comedy, When Harry Met Sally. In fact, What If seems like a remake of When Harry Met Sally. The main problem with What If is that Nora Ephron did not write the script. I found myself wincing at some of the dialogue. But there’s on-screen chemistry between Radcliffe and Kazan to generate enough magic for me to recommend this movie. GRADE: B