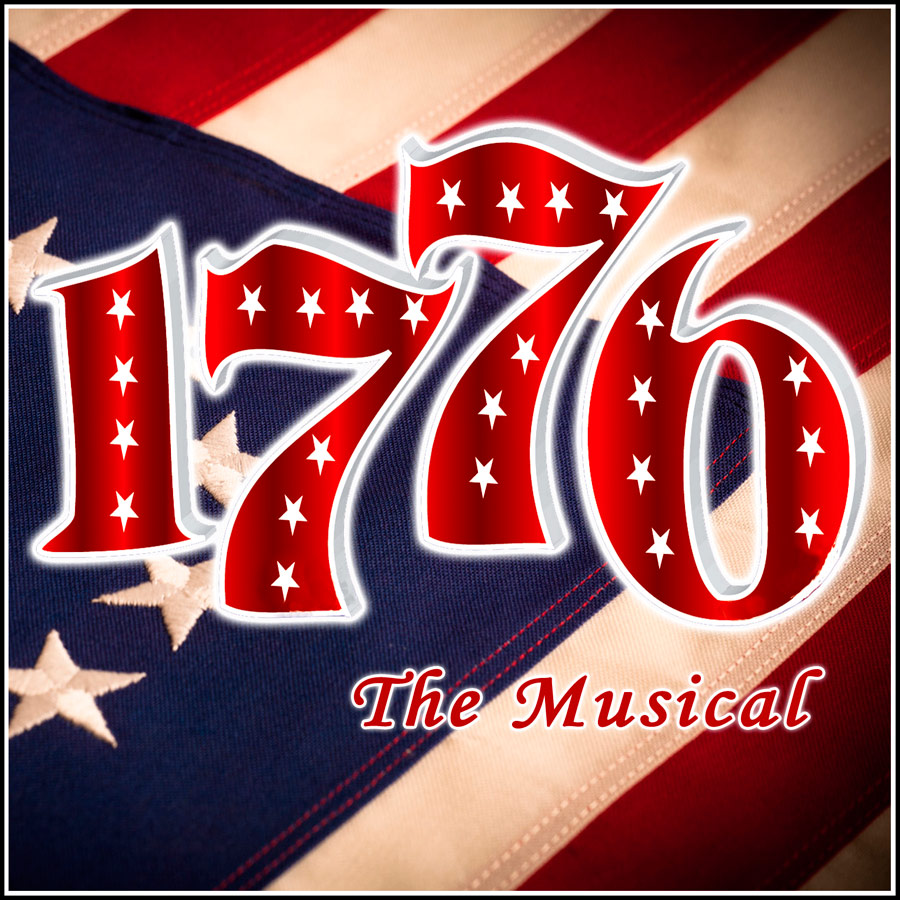 Diane and I like to support local theater companies so we bought tickets to this O’Connell and Company musical that featured an all female cast. The founding fathers, who declared that all men were created equal–but didn’t give the slightest thought to women’s suffrage–are all played by women. The result is ironic and fun. I appreciated the energy and singing of the women who played John Adams, Benjamin Franklin, and Thomas Jefferson. The musical shows how difficult it was to reach unimity on the Declaration of Independence. Each of the 13 colonies protected their own agenda. It’s amazing this country ever got established!

Sherman Edwards provided the lyrics and music to 1776 and Peter Stone provided the book. 1776 premiered on Broadway in 1969 and ran for 1,217 performances. The production was nominated for five Tony Awards and won three, including the Tony Award for Best Musical. In 1972, a movie version of 1776, starring William Daniels, Howard Da Silva, Donald Madden, John Cullum, Ken Howard and Blythe Danner, hit the big screens around the country. 1776 was revived on Broadway in 1997. Have you seen 1776? Did you like it? GRADE: B+
SONG LIST:
Act I
Overture
“Sit Down, John” – Adams and Congress
“Piddle, Twiddle and Resolve” – Adams
“Till Then” – Adams and Abigail
“The Lees of Old Virginia” – Lee, Franklin and Adams
“But, Mr. Adams” – Adams, Franklin, Jefferson, Sherman and Livingston
“Yours, Yours, Yours” – Adams and Abigail
“He Plays the Violin” – Martha, Franklin, and Adams
“Cool, Cool, Considerate Men” – Dickinson and The Conservatives
“Mama Look Sharp” – Courier, McNair and Leather Apron
Act II
“The Egg” – Franklin, Adams, Jefferson, and Congress
“Molasses to Rum” – Rutledge
“Compliments” – Abigail Adams
“Is Anybody There?” – Adams and Thomson
“Finale”