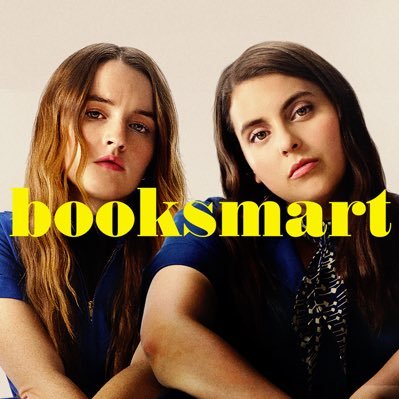 I was a big fan of John Hughes’s movies about teenagers–Pretty in Pink, 16 Candles, The Breakfast Club, etc.–so Booksmart took me back to an era where movies about young people were common. Olivia Wilde’s Booksmart features two High School friends who studied and worked hard for years in order to get into elite colleges. And, they do! Amy gets accepted into Columbia University and Molly gets into Yale University.

Kaitlyn Dever plays Amy–a shy, gay, lonely teen who harbors a secret. Molly (played by Beanie Feldstein) is the Class of 2019 valedictorian. Molly has compulsive grammarian tendencies: she uses a felt-tip pen to correct graffiti on a unisex bathroom wall. Molly’s abrasiveness is both her greatest strength and greatest weakness. Other students dismiss her, while Molly’s intensity produced stellar SAT scores. Both girls speak Mandarin as a private language to communicate while other people surround them.

Booksmart was written by Emily Halpern, Sarah Haskins, Susanna Fogel, and Katie Silberman. The movie follows Amy and Molly on their frantic search to find a wild party on the night before Graduation. Much comedy and some sadness result. Well worth seeing! GRADE: B+