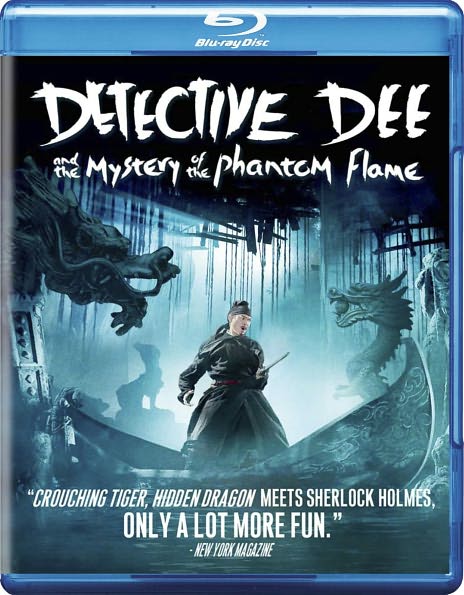 Detective Dee and the Mystery of the Phantom Flame never showed up on any of the Western NY movie screens so I had to buy the Blu-ray when it became available. As far as I can tell, this Detective Dee is loosely based on the Judge Dee of the Van Gulik books. Very loosely. We first meet Detective Dee in prison. He’s there because he spoke out against the Empress Wu. But when a series of deaths occur where people spontaneously burst into flame, the Empress is forced to turn to the greatest detective in China to solve the mysterious murders. Plenty of over-the-top martial arts conflicts punctuate the plot to uncover the conspiracy. The production values are very high especially in the giant Buddha statue. People bursting into flames, relentless action, hidden cities, secret plots, what’s not to like. GRADE: A-