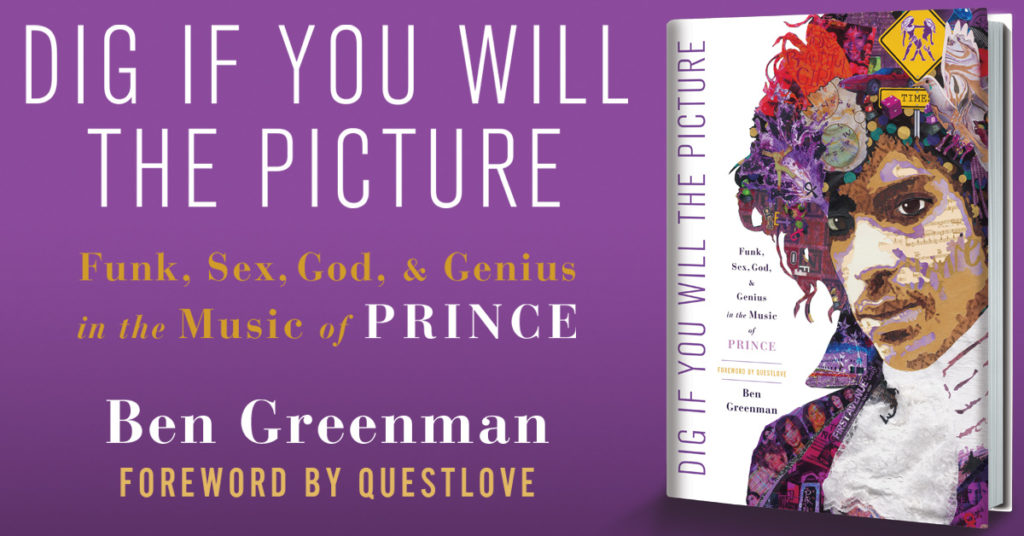 From James Brown Prince took a taskmaster’s precision. From George Clinton, he took an interest in empire building. From Duke Ellington, he took a mix of closely guarded personal privacy and musical expansiveness. From the Beatles, he took a visionary bravery regarding the possibilities of arrangement. From Joni Mitchell, he took a flinty intelligence and a delicacy that he could deploy when it was least expected. From Todd Rundgren, he took an understanding of the adrenaline rush that came form working as a one-man-band. From Little Richard, he took falsetto shriek and flamboyant androgyny. From Sly Stone, he took pop smarts and the benefits of an integrated band. From Carlos Santana, he took more guitar pyrotechnics. From Stevie Wonder, he took mastery. From David Bowie, he took mystery. (p. 44-45)

When Prince died in 2016 from a drug overdose (similar to Tom Petty a year later) one of the great innovators of rock & roll left the stage. I was a fan of the early Prince music and his underrated movie, Purple Rain. His 1999 (1982) album was my favorite. But, once the 1990s hit Prince went into a funk. He was fighting with his recording company, Warner Brothers. He started appearing on and off the stage with the word SLAVE on his face. He dropped his name and became a symbol (aka, “The Artist formerly known as Prince). Needless to say, Prince’s music suffered. Ben Greenman does an excellent job describing Prince’s music and recording process. He includes an annotated discography that is worth the price of the book. What Greenman doesn’t do is explain why Prince became addicted to the drugs that would take his life. Are you a fan of Prince? GRADE: B+
TABLE OF CONTENTS:
Foreword: Questlove p. xi
Introduction: The End p. 1
Section 1 Man, Music
1 Life Can Be So Nice: His Life and Its Beginnings p. 11
2 Baby I’m a Star: His Music and Its Beginnings p. 27
3 Brand New Groove: His Music and Its Properties p. 44
4 Musicology: His Music and Its Imitators p. 54
Section 2 Meaning
5 Girls and Boys: Sex in His Music p. 69
6 Walk by the Mirror: Self in His Music p. 86
7 What Time is It?: Others in His Music p. 100
8 I Wish U Heaven: Virtue and Sin in His Music p. 120
9 America: Race and Politics in His Music p. 145
Section 3 Method, Madness
10 What’s My Name: Why He Changed His Name, and What That Wrought p. 167
11 MPLS: How His Hometown Made Him and How He, in Turn, Made It p. 189
12 Call the Law: How He Grew Frustrated with Fans and the Internet p. 198
13 It’s Gonna be a Beautiful Night: When He Was Onstage p. 211
14 The Work: How He Produced So Much for So Long p. 229
Section 4 Memory
15 Such a Shame our Friendship had to End p. 245
Appendix: Let’s Work: Annotated Discography and Song Index p. 263
Sources p. 281
Acknowledgments p. 285

13 thoughts on “DIG IF YOU WILL THE PICTURE: FUNK, SEX, GOD, & GENIUS IN THE MUSIC OF PRINCE By Ben Greenman”