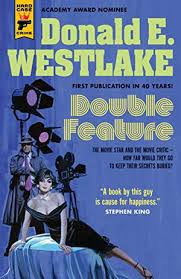 Donald E. Westlake’s Double Feature first appeared in 1977 under the title Enough. In Charles Ardai’s Introduction, the title change is explained which makes sense to me. Double Feature consists of two novellas. The first–the longer one–is called “A Travesty” and features a clever (perhaps too clever) movie critic, Carey Thorpe, who “accidentally” kills his girl friend, Laura Penny. Thorpe thinks he can escape Justice, but then he finds out Laura Penny was being followed by a private detective, John Edgarson. In his surveillance, Edgarson records Thorpe’s presence at Laura Penny’s place…and finds a damning clue. Edgarson blackmails Thorpe. But, things get more complicated. The police detectives investigating the murder, Staples and Bray, include Thorpe in some other murder investigations and we discover Thorpe is a gifted sleuth (maybe because of all those crime movies he watches). I particularly liked the Lock Room murder mystery. Donald Westlake takes us on a wacky ride through a tangled web of lies and deception. Marvelous! 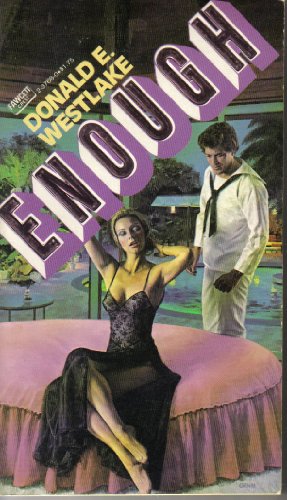 The second novella, “Ordo,” is much more serious fare. Ordo is a sailor in the U.S. Navy who discovers one of the hottest female stars in Hollywood, Dawn Devayne, was once his wife. Estelle Anlic, after divorcing Ordo after a brief marriage, goes on to transform herself into another persona. Ordo’s quest to find the Estelle he once loved leads him to dark places. These two novellas show the versatility of Westlake’s talent to write comedy…and tragedy. Highly recommended! Are you a Westlake fan? Do you have a favorite Westlake novel? GRADE: A