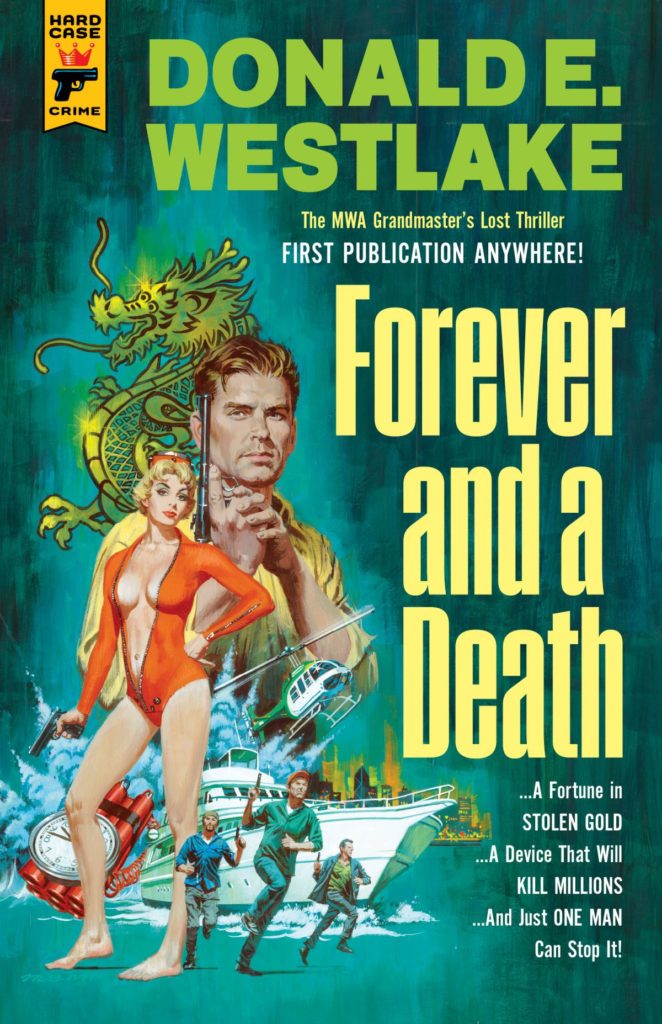 HARD CASE CRIME found the lost Donald Lam/Bertha Cool mystery (my review of The Knife Slipped is here) and published it. Now they found a missing Donald E. Westlake novel, Forever and a Death which is based on scripts Westlake wrote for a James Bond movie that was never made. Richard Curtis is a zillionaire who has a secret plan to punish the Chinese for taking over Hong Kong and ruining his business prospects. But, Curtis’s convoluted plan takes over 400 pages to accomplish. That’s one problem. The other problem with Forever and a Death is that there really isn’t a protagonist. George Manville, an engineer, starts out in that role but then disappears for large chunks of the book. Henry James called novels like this “loose, baggy monsters” and just about fits. For a more positive review, you can check out Bill Crider’s take here. What’s your favorite Donald E. Westlake novel? GRADE: B-

22 thoughts on “FOREVER AND A DEATH By Donald E. Westlake”