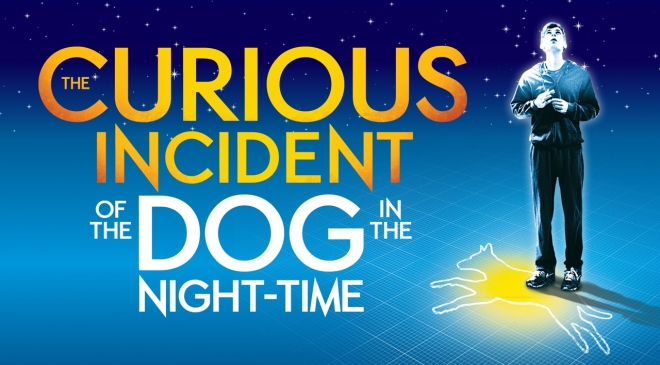 The play version of The Curious Incident of the Dog in the Night-Time is based on the best selling novel with the same title by Mark Haddon. The story concerns an autistic 15-year-old named Christopher John Francis Boone. Christopher appears to be a mathematical genius, but he struggles with dealing with people. Christopher hates to be touched. He hates metaphors (which confuse him). Christopher loves Sherlock Holmes and when a dog is killed in his neighborhood, Christopher decides to investigate and solve “the murder.” Christopher’s parents are stressed by their son’s autism. Director Marianne Elliot creates an innovative set which allows the audience to experience second-hand what autism is like. Within these demanding conditions Luke Treadaway, playing Christopher, projects confusion with frustration as he tries to solve the mysteries of his Life. This National Theatre production was broadcast at our local Regal Theater as part of their Fathom Events series. Excellent! GRADE: A