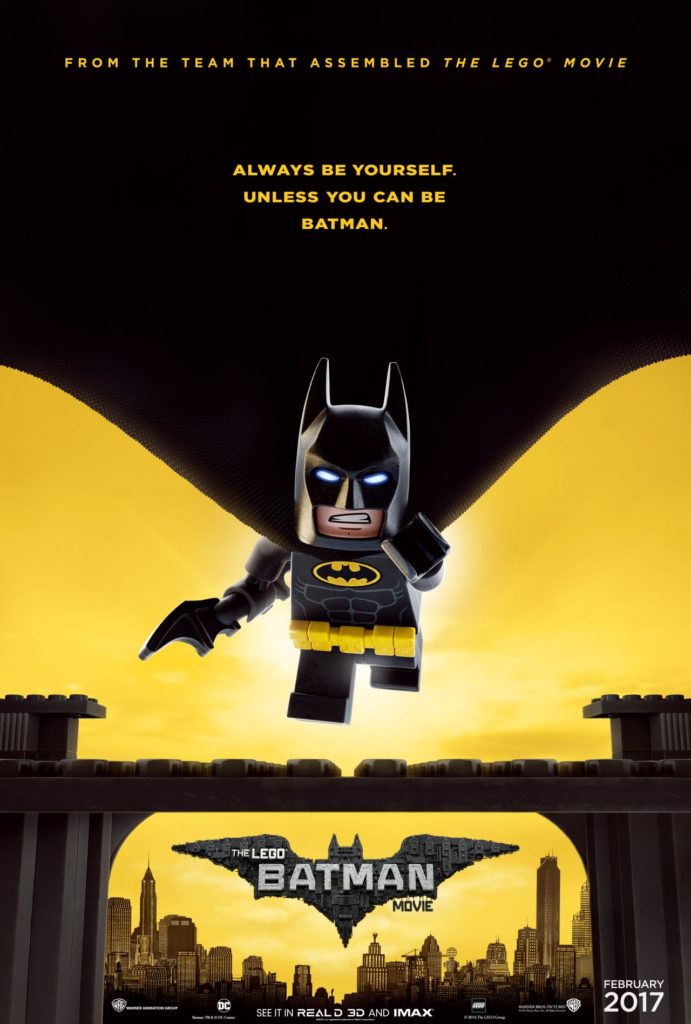 If you’re in the mood for silly fun and wacky humor, The LEGO Batman Movie supplies plenty of both. Commissioner James Gordon retires and his beautiful redheaded daughter, Barbara Gordon (Rosario Dawson), takes his place. Barbara is not a supporter of Batman’s vigilante justice. She wants to work as a “team.” Meanwhile, in a moment of distraction, Bruce Wayne (Will Arnett), agrees to adopt orphan Dick Grayson (Michael Cera) who soon turns into Robin. The Joker and a dozen DC villains, threaten to destroy Gotham. Phil Lord and Christopher Miller, writers and directors of the original The LEGO Movie co-produced this film. Yes, there’s plenty of silliness and humor as Batman is forced to work with others to save his city against his loner inclinations. If you’re a fan of Batman and DC villains, you’re in for a treat with this movie. Be prepared to laugh! GRADE: B+

12 thoughts on “THE LEGO BATMAN MOVIE”