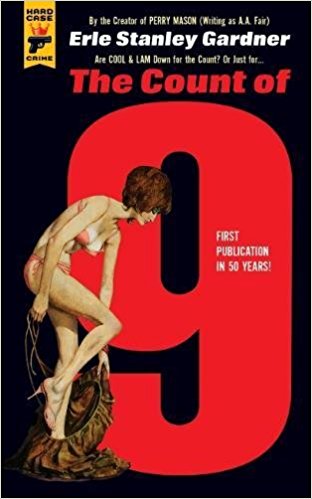 I love the Robert McGinnis cover on this new HARD CASE CRIME reprint of Erle Stanley Gardner’s The Count of 9! Gardner wrote 30 books in the Donald Lam/Bertha Cool private eye series. The Count of Nine, the eighteenth book in the series (out of print for almost forty years), was published in 1958. A wealthy world traveler and collector hires Bertha Cool to screen attendees for his exclusive party. Bertha’s presence was supposed discourage gate-crashers. But during the party, two valuable artifacts–a blowgun and a jade Buddha statue–are stolen. Donald Lam figures out what happened, but suddenly his client is murdered–by a poisoned dart! In a locked room!

I’ve enjoyed all the Lam/Cool books I’ve read. Some say the Lam/Cool books are better than the Perry Mason series. I’m entertained by both. My review of the HARD CASE CRIME rediscovery of The Knife Slipped and be found here. The Count of 9 is a 10! GRADE: A

Art Scott wrote: “The contact sheet from that model shoot can be seen in The Paperback Covers of Robert McGinnis, pg. 104. Bob used pose #1, mirror-flipped, for this cover. Another pose was used for a Carter Brown title (The Ice-Cold Nude) published in 1962, which dates the shoot to nearly 60 years ago.” 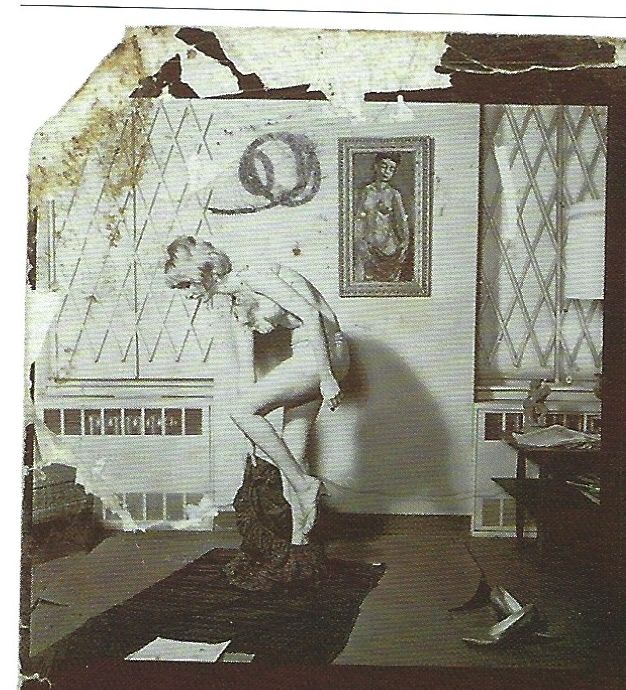 16 thoughts on “FRIDAY’S FORGOTTEN BOOKS #498: THE COUNT OF 9 By Erle Stanley Gardner”