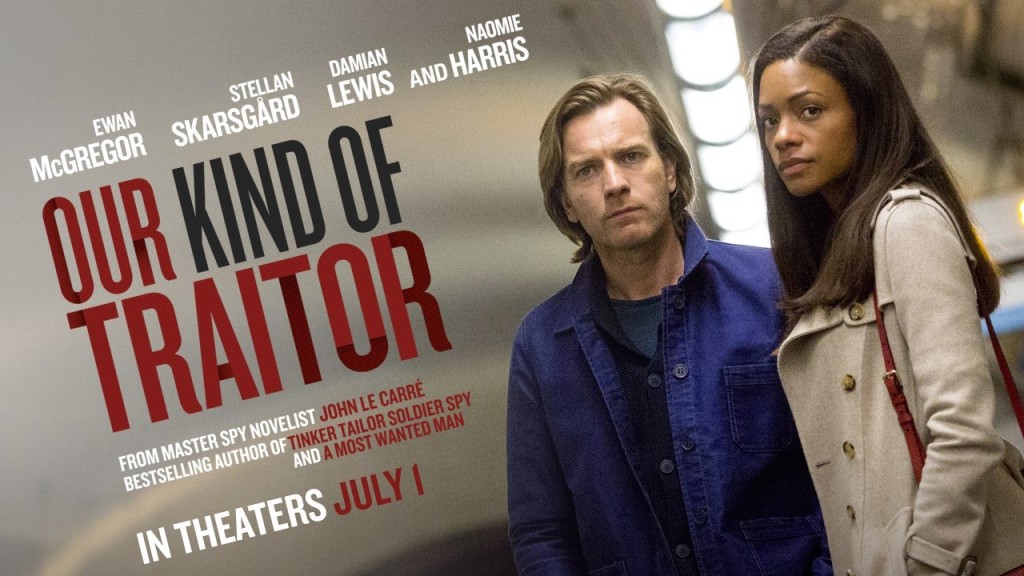 In the aftermath of the disasterous BREXIT vote, a movie like Our Kind of Traitor (based on the John Le Carre novel of the same name) gathers more impact. Ewan McGregor (a college professor) and his beautiful wife (Naomie Harris), on a holiday in Marrakesh, meet a boisterous Russian (Stellan Skarsgard) named Dema. Dema takes Ewan’s character aside and tells him he’s the chief money launderer for the Russian Mafia. But, he wants to leave. Dema gives Ewan a memory stick filled with secret financial information. Ewan gives the memory stick to MI6 when he arrives in London. But, the story doesn’t end there. Dema won’t give the really juicy financial information up until MI6 provides sanctuary for his family. Ewan and Harris find themselves involved in the negotiations and the movie’s action scenes. I really liked Damian Lewis as the MI6 operative who wants to damage the Russian Mafia and keep their dirty bank out of England. I also liked Jeremy Northam as the traitor who is willing to sell his country’s financial system to the Russians. But the star of Our Kind of Traitor is Stellan Skarsgard, Skarsgard’s energy powers this impressive film.

Before the BREXIT vote, John Le Carre and a number of British writers signed a petition predicting that a post-BREXIT Britain, separated from the European Union, would be reduced to “an outsider shouting from the wings” on the world stage. Our Kind of Traitor shows why Le Carre feels that way. GRADE: A

12 thoughts on “OUR KIND OF TRAITOR”